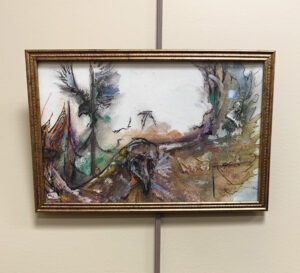 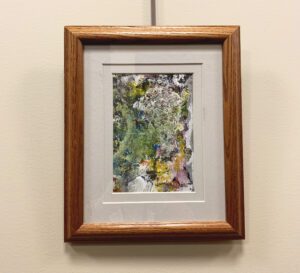 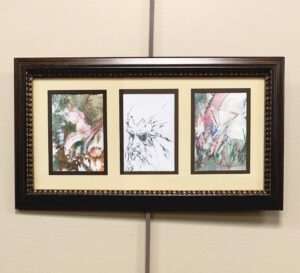 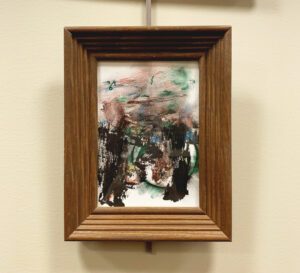 Tinley Park artist and poet Gene Gryniewicz has artwork on display at the library’s first floor Gallery Art Wall through the end of December. He has also published several books, which are available for checkout. Read on to learn more about Gene and his artwork!

Was there a defining moment in your life when you knew you were an artist?

GG: I don’t think I’ve actually realized it yet. Not as a defining moment in my life, at any rate. I don’t do defining moments. I don’t call myself an artist either; I’m more of a scribbler. I’ve always drawn pictures—pencil or pen on newspaper. I drew comic books. My father drew pictures of World War II fighter planes; my mother softened the crayoned edges in our coloring books when my brother and sister and I had finished coloring in them. She used tissue paper to draw the colors out and across the page. I assumed this was normal—to be born with crayon in hand. Scribbling. I drew on anything and everything. I drew on expensive bond paper; I drew on newspaper paper (obituaries and employment ad pages worked best). I drew on our house wallpaper … even toilet paper, which was especially challenging.

And, at some point, I began to define myself by my scribblings. I started to take myself seriously, though still a scribbler at heart and not an artist. I saw The Incredible Shrinking Man at the Commercial Theatre near our house. The movie so impressed me that I went home and locked myself in my bedroom until I had produced an illustrated version of the film in three pages.

I was especially unimpressed with the results. But I kept on scribbling, and I have been scribbling for the better part of seventy years. I am scribbling still.

What is your background? How does it inform your art and your poetry?

GG: I learned everything I know about drawing from comic books, my wife, and Paul Reszel. Beyond that and the occasional seminar, I am self taught.

Comic books speak for themselves. I bought them for a nickel apiece at the corner shop where my uncle bought his cigars. They had no covers. I absorbed them. (The comics, not the cigars.) I used to cut up the comics into paper dolls and work up my own stories and adventures on a coffee table in our living room.

My wife was an Arts Major. She knew the intricacies—the ins and outs—of art. She taught me the proper names of things and all sorts of neat stuff. She is my most excellent and vociferous critic.

As for Paul Reszel, I had to lock Paul in a back room at Miami of Ohio until he produced the drawings I had contracted from him for one of the literary magazines I was editing. He had to slide the completed illustrations under the door as he finished them. It took a while, but it was worth the wait.

Where do you find inspiration?

GG: I find it everywhere and anywhere. I translate a passing breeze into a haiku. I transform a string of haiku into the fourteen lines on which I can build a sonnet. I want to transfigure my audience—pull them out from themselves and into a painting. 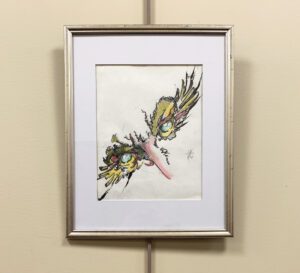 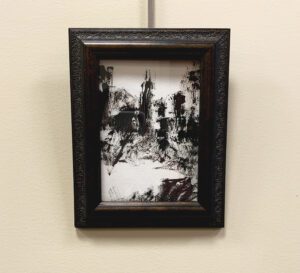 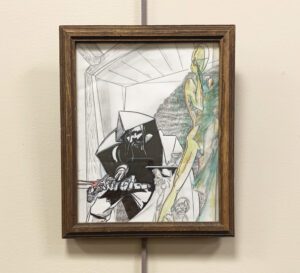 What are some of your favorite artists and poets?

When people view your artwork, what do you want them to experience and think about?

Get the latest
news from
your library.

We are here for you with personalized book recommendations and enriching library events, tailored to your interests, delivered straight to your inbox.